I am happy to report that Thursday Team Play is the 2010 SCGA Champions!! As Co-Captain I speak for the players, thanks for your interest and support, it was another factor in our Championship. Our Club now joins a select list of winners, our club and all it's members, are part of this victory. This Club has a lot of good golfers who love golf, drawing from that pool of players made this Championship possible.  I'm proud to be a member of El Dorado, it's has brought me great joy.

We had 5 new players on this years team they blended in magnificently. The veterans played like veterans. Glenn Cantin and I worked together as team making tough decisions, I guess they worked out.

To be in the Finals two year in a row is something in itself.

The Finals against Los Angeles Country Club was quite a battle. They had won before and they were the best team we had ever played. Our guys playing in the wind and a gusting wind, they played their best golf all year. 10 players shot net 72's or better, 14 of 16, 74 nets or better. If LACC was going to beat us they had to beat us, we were not going to give it to them. Our guys would not be denied!

We had 4 players that and been to the Finals before some 3 times this making 4. For them this was their time to not be denied.  I'm so happy for them Bill Alberth, Ruben Gonzales, Dennis Tramer and Dale Green.

We will see you at the General Meeting May 11, we can all celebrate!

The Finals in Pictures

April 17, 2009 - SCGA Members Course - The El Dorado Men's Golf Club Thursday Team faced off with Alta Vista Country Club for the Championship on a beautiful day at the SCGA Members Course.  The SCGA gave the Teams the royal treatment, complete with a fine lunch spread, towels, bag tags, full introductions on the 1st Tee and an excellent cocktail party awards ceremony.  An epic battle ensued through 18 holes, culminating in a 24-24 standoff.  In the Sudden Death Playoff, the A Team of Mel Collins and Mark Perry carried the hopes of the Team and entire Club to the 1st Tee.  In the end it was not to be as Alta Vista prevailed 4-2 in on the first extra hole.

El Dorado Wins Group 12 Title on a tiebreaker with a 4-2 record. 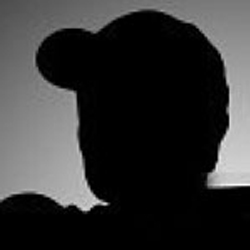